Stocked Ready to ship within 2 day(s)

Physical: Ground Category: Aromatics Description: Cinnamon sugar is a mixture of ground cinnamon and sugar used as a spice for desserts. Application: Common baking spice, Cinnamon is used in cakes, cookies, and desserts Cinnamon is also used in savory chicken and lamb dishes from the Middle East. In American cooking, Cinnamon is often paired with apples and used in other fruit and cereal dishes. Cinnamon has a sweet, woody fragrance in both ground and stick. 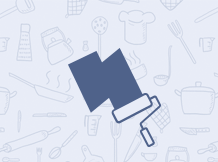